Bing Futch Live In The GO Too! 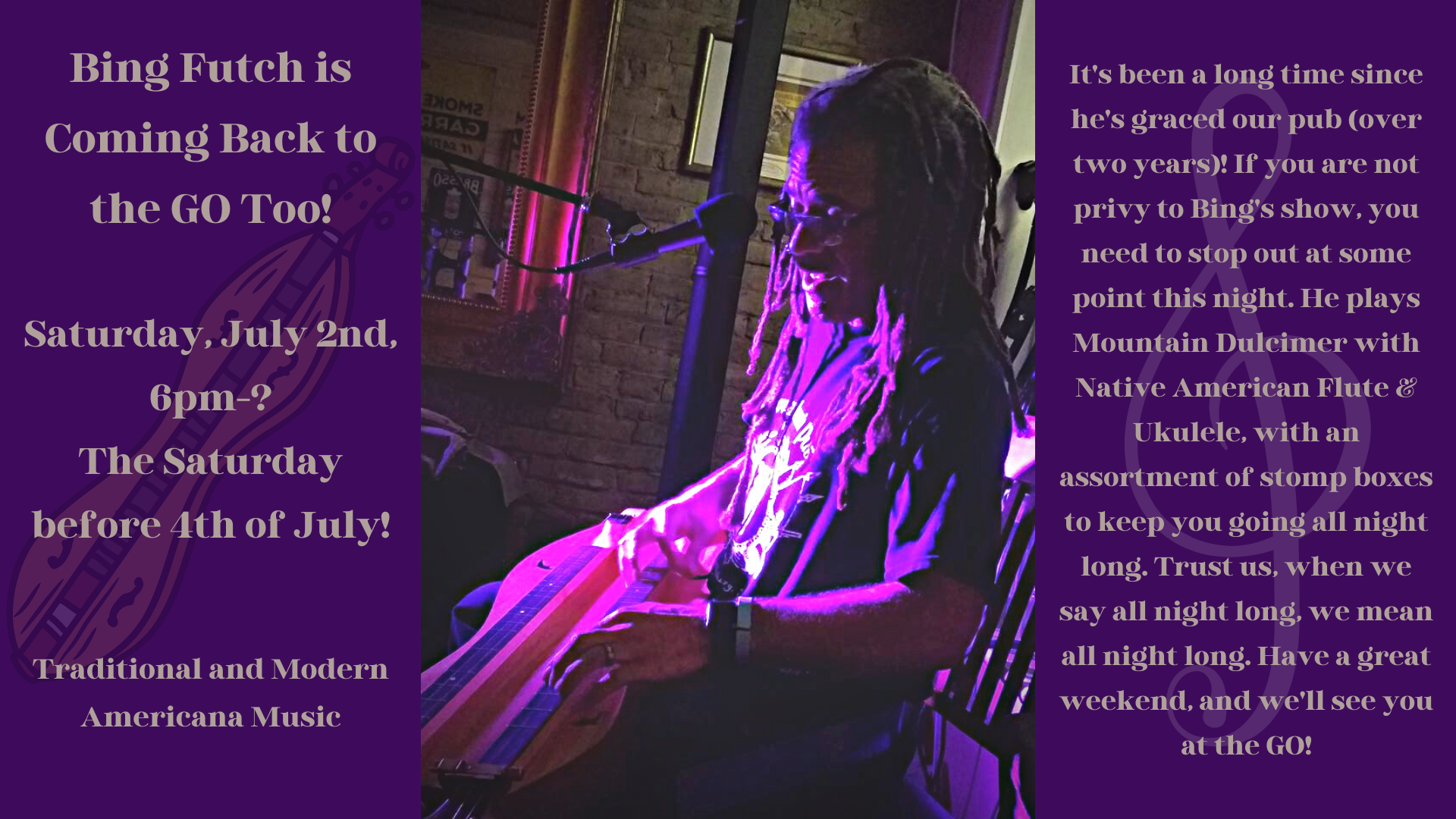 “A master of the mountain dulcimer” – Connections Magazine
“He plays the dulcimer like Jimi Hendrix. He has this ability to communicate a sensual energy when he’s onstage” – Tom Shed, Florida Folk Festival organizer
“…a high-energy solo performer and frontman…” – Music Connection
“Musical Tabasco!” – The Orlando Weekly
“Using Appalachian mountain dulcimer, Native American flute, ukulele and a board full of stomp-boxes, Bing Futch celebrates traditional and modern Americana music with passion, humor and boundless energy. Known for his musical shape-shifting, Bing switches the channels on style and tone with every new song, from his roots-rock and blues originals to The Rocky Horror Picture Show and Disney covers.”
There you have it. Bing is coming back to the GO, and anyone who has been apart of his live performance knows it’s not to be missed. It’ll be a pre-4th of July party, so take a nap before heading out to the GO.
Check out the following link for more info on Bing: https://www.bingfutch.com/