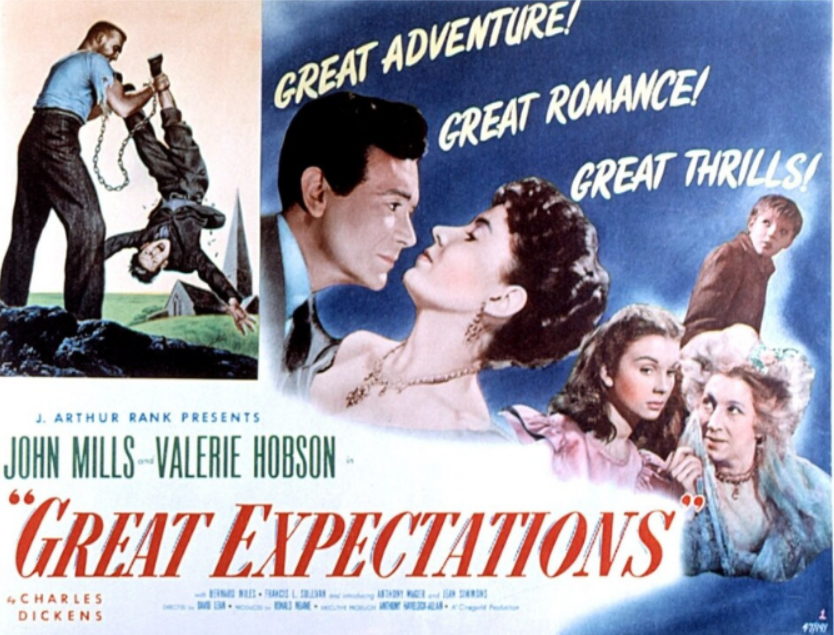 Great Expectations is a 1946 British film based on a slimmed-down version of the 1861 novel by Charles Dickens and starring John Mills and Valerie Hobson. The film won critical praise on first release, with many commentators hailing it as the finest film yet made from a Dickens novel. On the British Film Institute’s Top 100 British films list, it was named the 5th greatest British film of all time. The story follows a humble orphan boy named Pip who is given the opportunity to go to London and become a gentleman, with the help of an unknown benefactor.