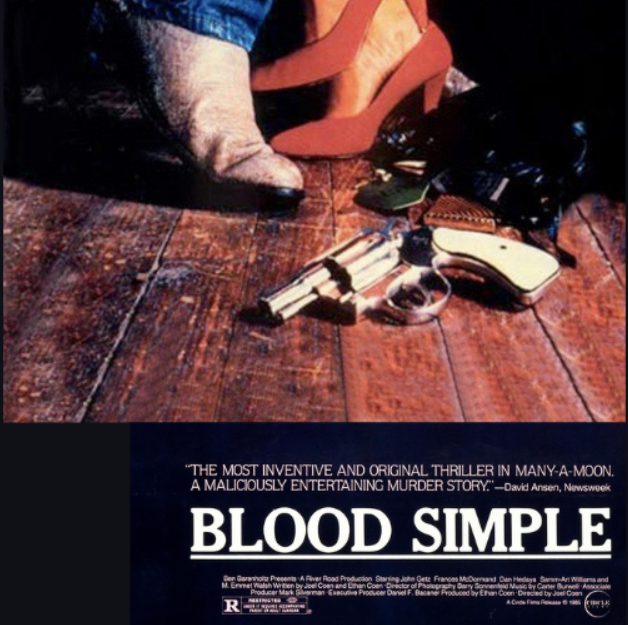 In this stylish crime thriller, which was the first feature film by Joel and Ethan Coen, the owner of a seedy small-town Texas bar discovers that one of his employees is having an affair with his wife. A chaotic chain of misunderstandings, lies and mischief ensues after he devises a plot to have them murdered. The film was written, edited, produced, and directed by the Coen brothers, and stars John Getz and Frances McDormand.