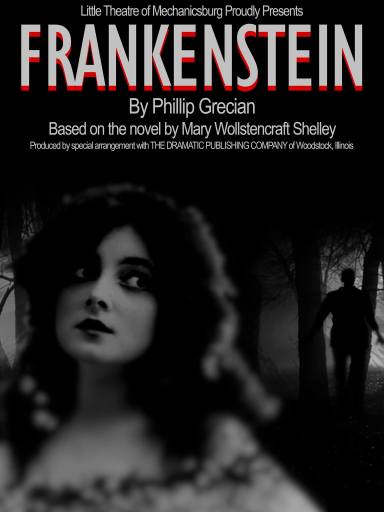 By Philip Grecian, based on the novel by Mary Wollstonecraft Shelley (DRAMA)

Remember the good old days of radio—when people had to use their imaginations—when the mind was a stage? Those days are back—only better! You can SEE as well as HEAR radio programs. Captain Robert Walton and his crew are aboard a ship heading for the North Pole when it becomes frozen in the ice. Waiting for the ice to break up, they see a giant of a man on a dogsled heading north. Later that day another man, near death, is brought close to the ship on an ice floe. Aboard the ship, he regains consciousness and begins to tell Walton his story. Upon graduating from the university, and with the help of his friend Henry Clerval, Victor Frankenstein set out to create life-using corpses stolen from graveyards. During a raging storm, he is successful but, too late, realizes he has created a misshapen, inarticulate horror.