Heath ‘Olds Sleeper’ Hardin Live At The GO Too! 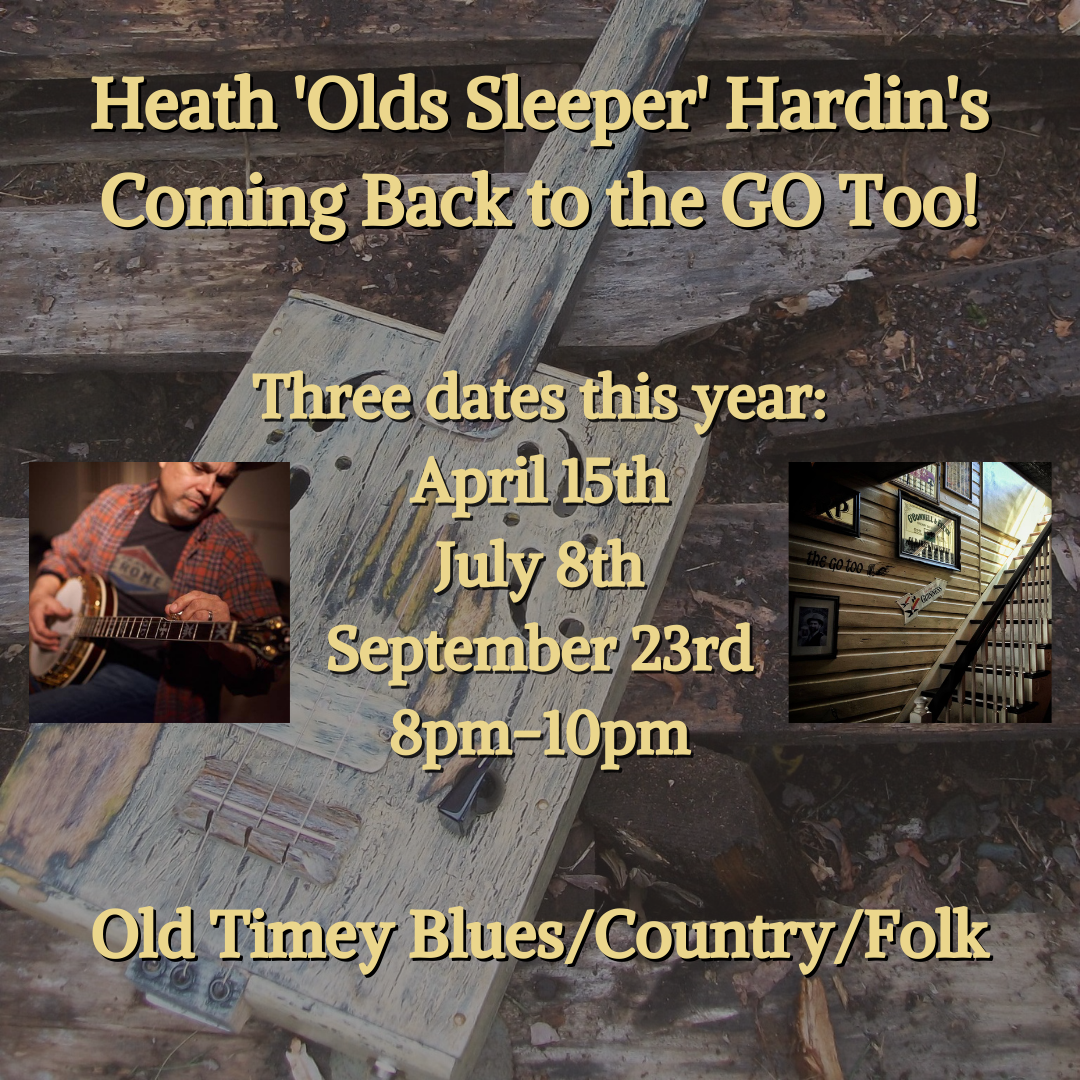 He’s back! ‘Olds Sleeper’ has a knack for that old timey blues/folk. It gets into your soul, and you can’t help but be enchanted by his playing. He’ll be playing three show for us in 2022. Stop out and relax for a few!
“Heath’s a blues and Americana musician from York, PA. His music is a mix of originals that draws from Delta blues, old country, folk, and Americana. He’s been featured on WITF as an artist of the month, https://www.witf.org/…/witf_music_olds_and_the_absolution/, and nominated as an artist of the year by Saving Country Music, (https://www.savingcountrymusic.com/?s=olds+sleeper). He was also featured on NODEPRESSION.com, https://www.nodepression.com/…/an-interview-with-olds…/.

Heath has played extensively over the Lancaster/York area, including Tellus 360 as a MFE featured songwriter, Mudhook Brewing, Lancaster Dispensing Co., Moondancer Winery, Molly’s Courtyard Cafe, and McCleary’s in Marietta. He was also featured as an emerging artist at the 2018 Susquehanna Folk Music Festival. He currently plays every second Friday at Stoll and Wolfe in Lititz, PA.”