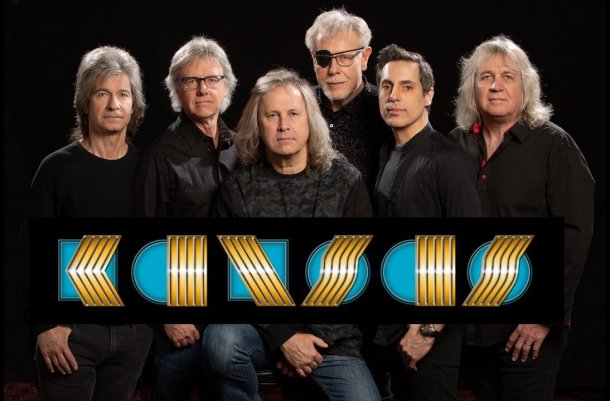 One of America’s most iconic classic rock bands, KANSAS has produced eight gold albums, three sextuple-Platinum albums, one platinum live album (Two for the Show), one quadruple-Platinum single ‘Carry On Wayward Son,’ and another triple-Platinum single ‘Dust in the Wind.’ KANSAS appeared on the Billboard charts for over 200 weeks throughout the ‘70’s and ‘80’s and has played to sold-out arenas and stadiums throughout North America, Europe and Japan.

‘Carry On Wayward Son’ continues to be one of the top five most played songs on classic rock radio, and ‘Dust In the Wind’ has been played on the radio more than three million times!

In summer of 2020 KANASAS released their sixteenth album “The Absence of Presence,” which debuted at #10 on Billboard’s Top Current Albums chart. With no signs of slowing down, KANSAS continues to perform in front of large and enthusiastic audiences around the world.