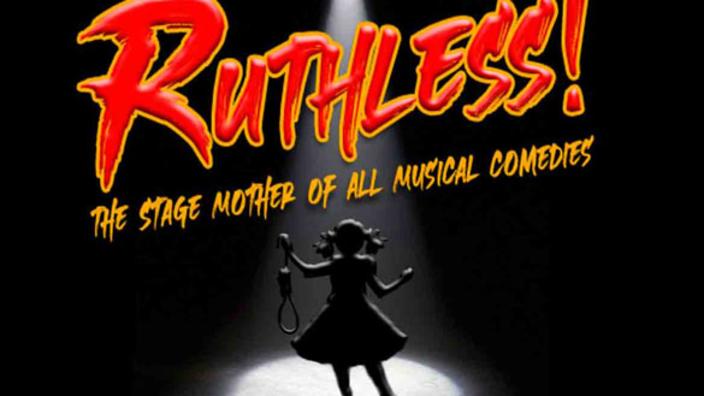 Eight-year-old Tina Denmark knows she was born to play Pippi Longstocking in her school musical.  As she discovers her talent’s origin, she proves she’s will to do anything to win the starring role . . . including murdering the leading lady!  Ruthless! The Musical lovingly spoofs Broadway musicals from Gypsy to Mame and iconic Hollywood films including All About Eve and The Bad Seed.
The original Off-Broadway production of Ruthless! performed at the Players Theatre from March 1992 through January of the following year, running for 342 performances.  The role of Tina was played by Laura Bell Bundy who would later go on to originate the roles of Amber von Tussel in Hairspray and Elle Woods in Legally Blonde – The Musical.  During the run, Bundy’s understudies included Natalie Portman and Britney Spears.
The production won the 1993 Outer Critics Circle Award for Best Off-Broadway Musical.
Following Los Angeles and London productions, as well as a number of regional stagings, Ruthless! returned to New York City in an Off-Broadway revival in 2015 at St. Luke’s Theatre.
Reuniting for Way Off Broadway’s production of the campy cult favorite are Jessica Billones and Shawn Nakia Law reprising their roles of Judy Denmark and Sylvia St. Croix, respectively.  The two previously appeared in the roles in a production opposite one another in 2018.
A hilarious romp through the world of Broadway, child acting, parenthood, and unbridled ambition, this campy cult favorite will leave you in stitches.