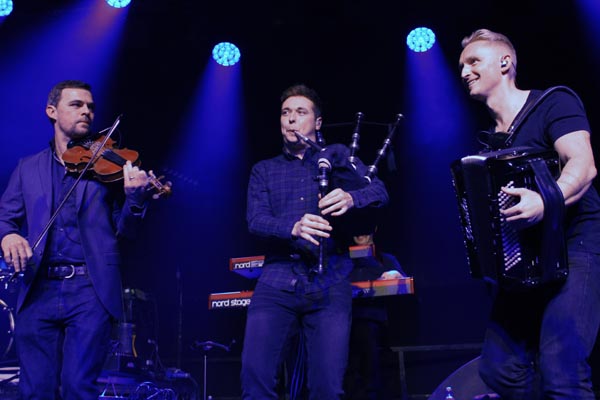 Celebrate the Majestic Theater’s return to live performance with Skerryvore!

Twice winners of Scotland’s Traditional Music Live Act of the Year Award (2016 & 2011), Skerryvore create a unique fusion of folk, rock and pop that represents all the different personalities and upbringing of the band members who each hail from different regions of Scotland. Take two brothers, Daniel (Accordion) and Martin Gillespie (pipes, whistles and accordion), steeped in the Scottish west coast ceilidh tradition on the Isle of Tiree. Add in friends Fraser West (drums) and Alec Dalglish (guitar and vocals), with a background in brass bands, wind bands, jazz bands, and with blues, folk and country influences, and you have Skerryvore.